Mother Loses Custody of Daughter to a Convicted Killer, later Dies of a Heart Attack

In 1974, John Ward gunned down his ex-wife Judy in a parking lot, angered by a child custody dispute. John spent 8 years in prison. After, which, Mary married John in 1983 and divorced in 1990. After the divorce, Mary retained primary custody of their daughter Cassey, who, by all accounts, was doing well in her care. Mary then entered into a lesbian relationship.

When Mary filed for an increase in child support John countered by seeking custody of Cassey. Ecambia County Circuit Judge Joseph Tarbuck ruled that Mary’s lesbian lifestyle made her an unfit mother saying, “This child should be given the opportunity and the option to live in a non-lesbian world.” Judge Tarbuck ruled that Mary’s conduct (as a lesbian) was harmful to her child.  At the time of the ruling, Florida had virtually no case law addressing whether a lesbian is fit to maintain custody of a child.

The ruling was even more shocking because John Ward was convicted of murder in 1974 for killing his first wife, Judy, who had been shot 12 times. John Ward said about the incident, “It was stupidity, jealousy and anger.” A custody dispute incited John’s violence against Judy.  John served 8 years in prison for the brutal crime. Mary alleges that John had minimal contact with Cassey after the divorce and did not have a stable home environment. At the time of the ruling, John was on his 4th marriage.

At the time of the ruling, Mary had primary custody of Cassey, and there were no concerns of abuse. Nor was there any evidence that improper conduct happened in her home. In fact, Cassey reported that she was happy in her mother’s care, and was doing well in school and other areas of her life. After the ruling, Mary was granted weekly visitation. She said, “It’s really, really hit me hard. I mean, you raise a child from birth and you’re with her every night and then all of a sudden you’re restricted.”

Mary was previously married, and has 3 grown children. “Being a parent has always been Mary’s first identification; her children are her first priority. Having her fitness as a parent questioned has been the most devastating thing to her.” said attorney Shannon Minter, for the National Center of Lesbian Rights, who helped handle Mary’s case.

Mary filed an appeal with the Florida First District Court of Appeals ,which upheld Judge Tarbuck’s decision stating the ruling was made in the “best interest” of the child and was not based on the sexual orientation of the mother. Mary, and her attorneys, petitioned for a re-hearing with Florida’s Supreme Court and were waiting a response when Mary suddenly died of a heart attack on Jan. 21, 1997.

In 2012, a documentary film was made about the case by Edwin Scharlau and Katie Carmichael called “Unfit: Ward v. Ward”. Carla Janes, Mary’s oldest daughter from a previous marriage, was active in the making of the film, motivated to give her mother a voice, and take a stand against the injustice done to her family. 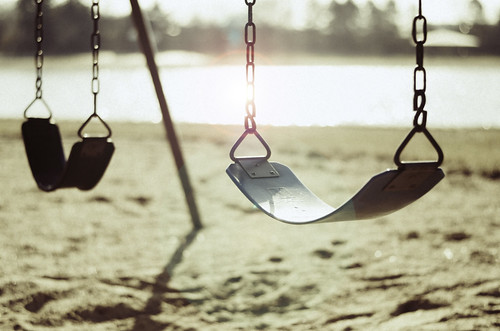 Parenting Abused Kids (PAK) reflects the personal thoughts and opinions of "EJ" sharing her experiences of surviving domestic abuse and injustice in family court. PAK also includes news and informational articles about abuse and family court issues. The purpose of PAK is to raise awareness of the challenges domestic abuse survivors to rebuild their lives after experiencing domestic abuse, compounded with the struggles of ongoing family court litigation. PAK will also discuss and raise awareness about issues related to parenting children who have been abused, and often present with emotional and behavioral problems. Parenting Abused Kids is not affiliated with any professional group, political group, organization or religious affiliation. My sincere love and support goes out to abuse survivors and their children. I am so sorry for what you have endured, and pray your lives will be filled with the happiness you so deserve. Thank-you for visiting!
View all posts by EJ →
This entry was posted in Family Court, Legal and News, Parents in Family Court and tagged bias, child custody crimes, Custody Dispute, discrimination, Escambia County Circuit Court, Family Court, Injustice, Judge Joseph Tarbuck, loss of child, Mary Frank Ward, Mary Ward, murder, Protective Mother, Unfit Documentary, Unjust Court Order, Ward v Ward. Bookmark the permalink.