(Twin Cities, Minnesota) A“Volunteer Guardian ad Litem Social Hour” held at one of the three bars inside the “Psycho Suzi’s Motor Lounge,” on April 18, 2017 has triggered public outcry due to the highly sexualized theme of the bar, especially in light of two recent Guardian ad Litem scandals involving prostitution and exploitation of women.

As advertised on the CASA Minnesota website, Psycho Suzi’s being chosen as the location for a social hour does NOT create a positive image of the Guardians Ad Litem program in Minnesota .

2.       “Dock your Dinghy at the Ports of Pleasure—Howdy sailor… come inside.” And,”Where the women swear like sailors and the sailors know what they like. Spend your shore leave wisely, with lively conversation and drinks stiffer than the plank you’ll be walking later. Temptation calls, will you answer?”

3.       “Be a Big Man at the Shrunken Head—A little head never hurt anyone.” And, “After a hard day’s hunt, gather your clan and head to a place a little less civilized. Show off your voodoo skills..”

Out of all the places in Minneapolis/St. Paul to choose from for a social hour, why does CASA and the Guardians ad Litem  Program think Psycho Suzi’s which is advertised as a  “…a hideout for shady characters, a rest stop on the road to oblivion, a desination for bachelorette parties and nefarious conspiracies alike…” is appropriate?

Guardian ad Litems are supposed to be professionals working in the “best interests” of children. There are other locations to host a social hour that would have been a better reflection on the program, and its Guardians.

In comparison: Individuals who are employed teachers in the state of Minnesota are held to a very high standard of behavior, in the classroom and out of the classroom.  Whatever a teacher does outside of the classroom, even on their own personal time, can be scrutinized as to whether or not it is a proper, healthy reflection of the teaching profession and the school in which they work and represent to the public.  Teachers can even get fired for the appearance of “impropriety.” A similar standard, and Code of Ethics, should apply to GALs.

Considering the criminal involvement in prostitution by GAL Board member, Mark Toogood, and GAL Terri Ann Milstein, it makes a person wonder why the guardian ad litem program would choose such a location with heavy sexual implications for guardians ad litem “have a good time with bad taste“. The GAL Program has NOTHING to be proud of in hosting a social hour in a place like this.  This is NOT professional behavior.  This is NOT in the best interests of children. 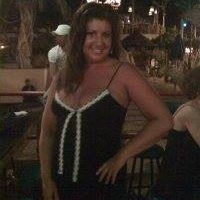 Mark Toogood, long history with MN GAL Program, plead guilty to soliciting a prostitute in July 2015 and was sent to “john school”

There is a saying, “Actions speak louder than words.”  So the act of choosing this location with sexual themes as a place to hang out together and talk about how to be a guardian ad litem in Minnesota, speaks volumes about the impropriety and appearance of impropriety within the entire MN State GAL Program.  If the Guardians ad Litems themselves can’t make good choices in their own lives or use proper discretion of where to socialize as a professional group, how can we, parents and the public, trust them to make decisions for our children, and to make custody recommendations that will greatly impact families?

It is disgusting that the GAL Board supports guardians ad litem using their own unprofessional opinions to judge parents and claim they have a “mental health” issue—that is outrageous.  They should take a serious look at the mental problems of the Guardians ad Litem program as whole and focus on their behaviors instead.

It is almost a guarantee that if a Guardian ad Litem had knowledge that a parent was hanging out in a bar advertised with heavy sexual themes, they would use that in every way possible against the parent, and even recommend limiting parenting or change of custody time because of it. A double standard does not belong in the Guardian ad Litem program – a higher standard of professional and ethical behavior does, and this standards has been smeared by this latest scandal.