Minnesota, Jan. 2017:  The Board that manages Minnesota’s GAL program has absolutely failed to address serious issues that have put children’s live at risk, caused children to be placed in the custody of unsafe parents and then be re-abused, and contributed to families being torn apart and children, estranged from parents…as documented in complaints raised by parents.

Families have been coming forward for 20+ years to raise complaints about individual Guardian ad Litems in regards to unprofessional conduct, and conduct that violates their mandated duties.

“Many concerns have been raised about the use of guardians ad litem. Most complaints have centered on guardian actions in family court cases, primarily in contested divorce actions. Complaints have focused on guardian bias, lack of oversight and accountability, inadequate training, and inappropriate communication between guardians and judges. Parents have also complained that there is no place to seek relief if they have a problem with a guardian.” GAL Executive Summary (95-03) February 28, 1995

A Guardian ad Litem (GAL) is a person appointed by a court to advocate for a child in court proceedings, and be a neutral fact finder that reports to the court. GALs became commonly used after 1974 when Congress required states to pass legislation to appoint a guardian in every judicial proceeding raising concerns about the abuse or neglect of a child. Family court cases where a GAL is appointed due to allegations of abuse or neglect are called “mandatory” appointments because a GAL is required in these situations. A judge may also appoint a GAL at his discretion which is called a “permissive” appointment. In Minnesota, GALs are comprised of both volunteers and paid staff.

Complaints may also result due to the way the GAL program is structured. In Minnesota, there are 10 judicial districts, “Each judicial district program is configured to service the needs of the judicial district.” (MN State GAL Board website). The district is supervised by a program manager, and above the 10 program managers is a Program Administrator who reports to the Board directly. What this means is that the Minnesota GAL program is intrinsically fragmented and no two districts manage their GALs the same way. This is also means the financial resources of each district varies, and with it, the quality of services provided.

Improving accountability in the GAL program has been a concern since 1995, when the program was last audited. Evaluations Report GALs 1995 (Minnesota)

A recent report by Katherine Johnson of KSTP News Guardian ad Litem Board Works to Improve Complaint Process was filmed at the most recent GAL Board Meeting  and includes public testimony from a brave mother who filed a complaint against a GAL, who says,” ...many of our attempts have been basically shut down and we get retaliated against..”

After 20+ years, parents are still complaining about the GAL program! And those complaints are NOT being heard because obviously, if the GAL Board was actually taking complaints and responding, we would have seen change by now. Instead the same concerns and issues are being raised year after year, and those tasked with investigating instead deny a problem exists and instead works to cover up the failures of Guardians, and the program. How is this advocating for children? It’s not! The focus should now be on what is best for children – and to advocate for their needs, even when the GAL program fails to do so. 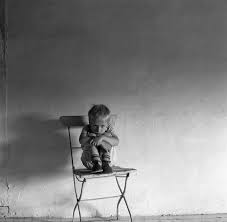 This contradicts a recommendation made from the 1995 audit that,”The oversight boards could be modeled after the Lawyers’ Profession Responsibility Board, appointed by the judiciary, with representation from judges, lawyers, guardians ad litem, and the community. The boards’ responsibilities could include investigating complaints about guardians, removing guardians for cause, and hearing grievances of guardians who were removed at the local level.” The Lawyers’ Profession Responsibility Board offers public records of lawyers who have been publicly disciplined. However, there is no public reporting for complaints and disciplinary action raised against GALs. There also exists a lack of public reporting about the GAL program, and its performance overall.

Incredibly, KSTP reports Board member and St. Cloud Police Chief William Blair Anderson saying at the meeting,”I have not seen one example of a guardian ad litem overstepping beyond his or her authority or the scope of their duties.”

How is that possible? A Call to Action has been flooded with complaints from parents, and has supported parents who have filed complaints both recently and in the past against GALs; many of these parents also express frustration at the poor response of Program Manager and the State GAL Board in responding to their complaints.

I personally have witnessed a parent file a complaint with supporting evidence to accompany it and when filed with the GAL Board they rejected the complaint, and required the parent to re-file not one but 3 times. The complaint dragged through the process at a snail’s pace, with almost no communication from the Board. The Board was also privy to the parent’s GAL file and used information from it without getting a signed release from the parent. The parent was not allowed to read what was in their GAL file; even though it was being used to consider their complaint. Ultimately the GAL Board dismissed the complaint which left the parent involved, and the supporting witnesses who stepped forward to provide affidavits and supporting documentation, baffled. The ultimate result of this was that a vulnerable child was placed into the sole custody of an identified abuser, despite overwhelming physical evidence and documentation of abuse, at the recommendation of a GAL. The protective parent was not only stripped of custody but forced into very limited contact with the child, in supervised visitation… and has been fighting to get out of supervised visits for over a year (despite positive reports from the facility, and no complaints of child abuse ever being raised).

The current complaint procedure was revised in 2015, after the Board received a number of complaints. Along with it, was a demand for change from parents affected by program failures. At that time, the Board allowed the public to submit written letters or e-mail to offer feedback. A Call to Action Update: April 2015 – Families Impacted by Guardian ad Litem Failures, Board Revising Its Complaint Procedure (Complaints from parents can also be read at this link)

The Board is now opening their program up to public feedback again, and promises to post a survey so that the public can provide input on how to make the complaint process better. MN Guardian ad Litem Board

A current audit of the GAL program is long overdo. Considering the long history of program failures and how those failures have harmed children and families, an audit is also necessary. Another source of information that would be helpful is the results of the Family Court Enhancement Project, one of the pilot courts involved was in Hennepin County, and included an examination of the GAL program.

A Call to Action applauds the efforts of the parents and professionals working to raise awareness about systemic problems existing in the GAL program, and those working toward meaningful reform. Together we are stronger!

Contact A Call to Action for information about group events and reform efforts at:

Reform Measures That Have Been Proposed: