Efforts to enlist volunteer guardians are being made despite recommendations from a recent survey conducted by the National Center for State Courts (NCSC) to significantly re-organize the program, and specifically, “The GAL Board should explore moving towards a universal employee model and away from the extensive use of volunteers…” (p.30) Assessment of the Organizational Structure and Service Delivery Model of the Minnesota Guardian Ad Litem Program

How Many Volunteer Guardian ad Litems are Being Used in Minnesota?

The NCSC consult indicates that volunteers GALs are being heavily utilized in only two judicial districts – the 2nd, Ramsey County, and the 4th, Hennepin County, both part of the heavily populated Metro Area. Volunteer GALs are primarily used on child protection cases.

Are Guardians the ONLY people whose “sole concern is the best interest of the child”?

The advertisement relies on heavily emotional language to entice potential volunteers, quote: “While other parties in the case are concerned about the child, the Guardian ad Litem is the ONLY (emphasis added) person in the case whose sole concern is the best interests of the child…“

But is this true?

Parents are considered “parties” in the case. To say that a GAL cares more about the “best interest” of a child than a mother or father does is shocking – and simply untrue. Statements like these create an environment where a GAL is pitted against a parent, rather than working with a family to meet the needs of a child. 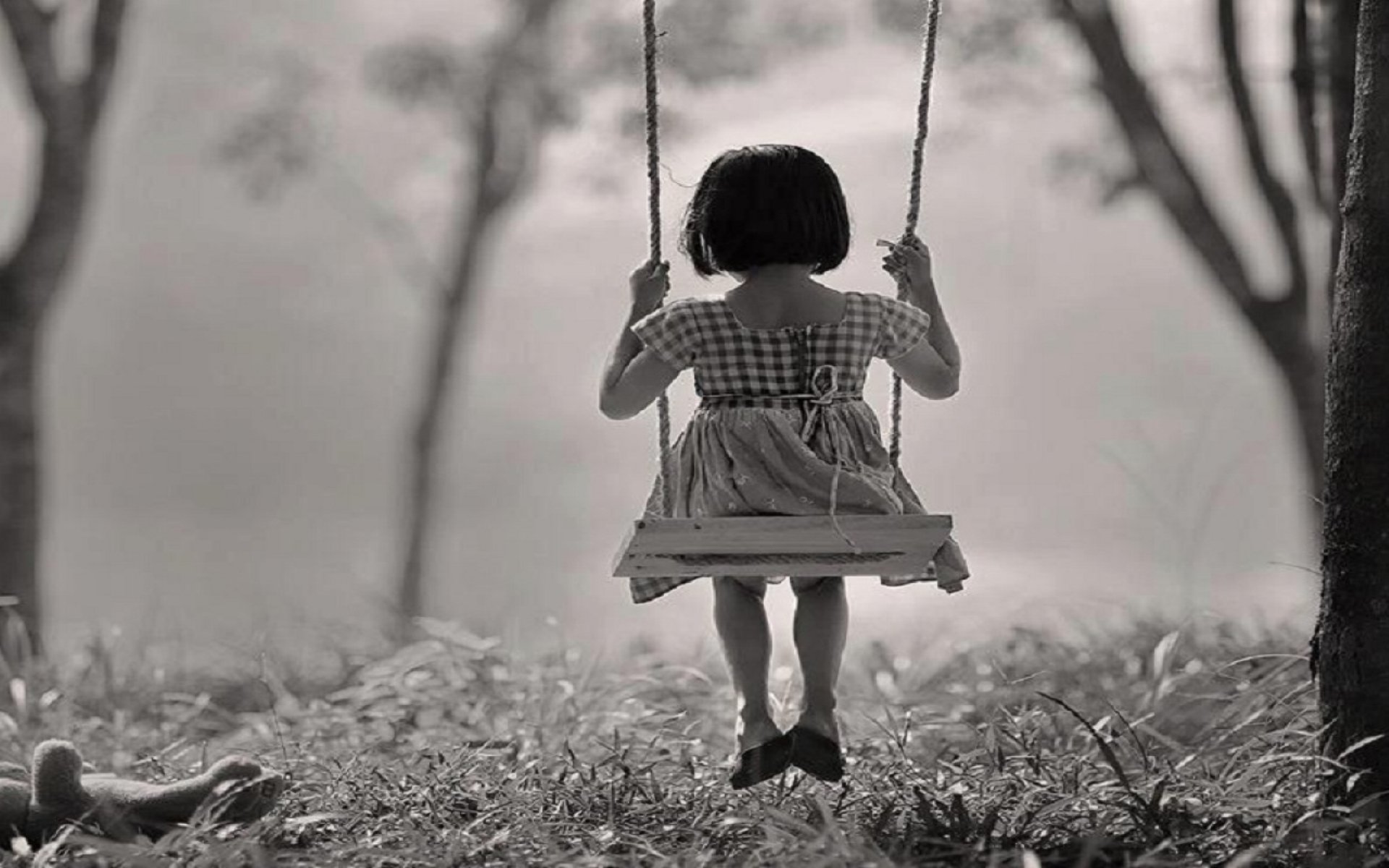 The Problematic Role of GALs

The NCSC also found, through interviews, that GALs are frequently being called to perform duties outside of their mandated role. (p. 21)

This commonly occurs when GALs are taking on responsibilities which they are prohibited from doing by statute. As shown in the NCSC study, and raised in complaints from numerous parents, GALs are making decisions regarding parenting time, medical decisions, decisions regarding education, establishing the worth of a child’s religion or culture, determining whether abuse occurred or not (etc) without authority or expertise to do so. Many parents complain they feel violated, and their rights have been violated, because the GAL (and often the judge) is assuming control over their lives, and their children’s lives, with negative consequences. And judges are using on GALs not to represent children but to assist in the demands of their own job.

One interviewee is recorded as saying in the NCSC study: “For example, as one GAL noted in the survey, “[W]e are being used as parenting time evaluators, and often are requested to step outside of our roles as guardians ad litem. We often are requested to identify parenting time, set a schedule, monitor the parenting schedule, and have control over parenting time. It was my understanding that we make recommendations for parenting time, but it appears that the court is using our role in a way that it should not be used. It appears that we are being requested to step outside of our roles are GALs in family law cases, and it does not appear to meet the statutory requirements of GALs…” (p. 21)

According to the NCSC  study:”‘As one interviewee noted, “Volunteer GAL programs should be eliminated as cost ineffective and difficult to supervise…’” (p. 24) National Center for State Courts (NCSC) study of Minnesota Guardian ad Litem program, June 2017. It should be noted that the consult did not allow the public to provide feedback in any meaningful way, and that “interviewee” was either directly involved with the Guardian ad Litem program, or the court system (see p. 16 for data on stakeholders interviewed).

In addition, “When the survey responses were examined by volunteer, full time, and part time status, there was a notable distinction among full time GALs. Full time GALs were more likely than volunteers and part-time GALs to disagree with the statement that the organization and service delivery model of the current GAL system is efficient and effective.” (p. 27)

Attorney Representation for GALs Increases with Use of Volunteers

The NCSC study found that the Minnesota GAL program is heavily utilizing attorney representation and consultation on cases in a way that does not serve children but rather, is to meet the needs of Guardians or the program, itself.

(p. 27),”Through interviews and a review of budget information, NCSC found a wide range across the districts in the expenditures for attorney consultation and representation, and a range that didn’t correlate with children served.

Some interviewees and survey respondents suggested that districts that rely heavily on volunteers use a disproportionate amount of attorney consultation and representation.

However, it should be noted that in the 4th District, it has been the policy of the Juvenile Court bench that an attorney be assigned to the GAL for the trial. For FY 2012-2016, approximately $2.3 million was spent on attorney consultations and representation in all ten districts. Approximately $1.5 million of that was spent in the 2nd and 4th Districts.”

One of these attorneys, even spoke on behalf of a GAL during a newspaper interview: Separated From Their Kids, Parents Unite Against One Court Guardian

The State Guardian ad Litem Board denies using attorneys to personally represent GALs but many parents involved in family court have raised complaints that attorneys are actively representing GALs, raising a defense and even attacking parents during proceedings. Pro se parents, who lack legal representation, feel ambushed – and without defense as judges often side with GALs when complaints are filed, especially when a GAL is represented by an attorney.

Is Fundraising at a Recruitment Event for GALs Ethical?

Is it ethical to solicit donations from potential GALs and raise funding for the program at a recruitment event?

The advertisement offers a list of 3 discussion topics at the event which include:

*What is a volunteer Guardian ad Litem/Court Appointed Special Advocate?

*What are the requirements and training to serve as a Guardian ad Litem?

At the bottom of the CASA advertisement is a hyperlink that leads to a page to charge the donation to a credit card.

Minnesota does not have a code of conduct in place for GALs, however requesting donations in this way does raise concern.

The point of a recruitment event for the GAL program should be focused on the needs, and best interest, of the children and NOT seeking financial donations. Second, requesting donations at an event meant to recruit new GALs creates an appearance of impropriety, and undermines the purpose of the GAL program.

With these types of problems existing in the current GAL program, and given the dysfunctional work environment, it is inappropriate to enlist new volunteers. This is both unfair to the children, and to the Guardians, themselves. Children’s lives will continue to be at risk with a system that does not truly uphold their best interest, and further at risk by recruiting Guardians who can not perform to the best of their ability because the system is set up to fail.

Separated From Their Kids, Parents Unite Against One Court Guardian

Parenting Abused Kids (PAK) reflects the personal thoughts and opinions of "EJ" sharing her experiences of surviving domestic abuse and injustice in family court. PAK also includes news and informational articles about abuse and family court issues. The purpose of PAK is to raise awareness of the challenges domestic abuse survivors to rebuild their lives after experiencing domestic abuse, compounded with the struggles of ongoing family court litigation. PAK will also discuss and raise awareness about issues related to parenting children who have been abused, and often present with emotional and behavioral problems. Parenting Abused Kids is not affiliated with any professional group, political group, organization or religious affiliation. My sincere love and support goes out to abuse survivors and their children. I am so sorry for what you have endured, and pray your lives will be filled with the happiness you so deserve. Thank-you for visiting!
View all posts by EJ →
This entry was posted in Child Protection/CPS, Family Court, Guardian ad Litem, Meetings & Events and tagged #OpExposeCPS, abused and neglected children, Best Interest, CASA, CASA Guardian ad Litem, Child Abuse, CPS, family, Family Court, family law, GAL, Guardian ad Litem, Guardian ad-Litem Child Advocacy Learning Session (with treats), Hennepin County, Minnesota Guardian, Minnesota Judicial Branch, Minnesota State Guardian ad Litem Board, National Center for State Courts, NCSC, Parents in the System, Ramsey County, State of Minnesota, Volunteer Guardian ad Litem. Bookmark the permalink.